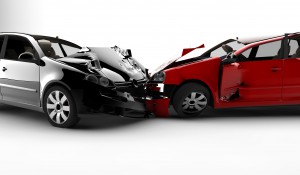 Police have arrested a man suspected of causing a fatal car accident in Chesapeake. The Saturday, September 9, 2017 crash at the intersection of Military Highway and Engle Avenue occurred just after 8:30 PM. An adult female driver of one of the vehicles involved was killed in the crash. The adult male driver of the other vehicle involved was treated for injuries and then arrested upon release from the hospital. He has been charged with involuntary manslaughter.

Because the accident is still under investigation, not many details about the crash have been released. Many times, drivers are charged with involuntary manslaughter when their actions were not premeditated but still resulted in the death of another. Often, these charges are accompanied by DUI charges.

In Virginia, people charged with involuntary manslaughter may face trial in both criminal and civil courts. That means that even if the driver is acquitted in criminal court, the family of the victim may seek justice on behalf of their loved one in a civil trial.

The legal waters associated with involuntary manslaughter can be murky, which is why we encourage anyone who has lost a loved one due to another driver’s negligence to reach out to an experienced Virginia car accident and wrongful death lawyer. Our team of knowledgeable, skilled attorneys can offer guidance and advice on how best to seek justice.

No amount of compensation can make up for the loss of a loved one, but recompense can help families shoulder the burden of the loss.

The Law Offices of Richard J. Serpe, PC is a Virginia personal injury law firm that has helped victims of personal injuries for over 33 years. If you or a loved one has been injured in an accident that was someone else’s fault, you may want to speak with an experienced attorney. If you’d like to speak with someone about your legal rights, give us a call to set up a free consultation.