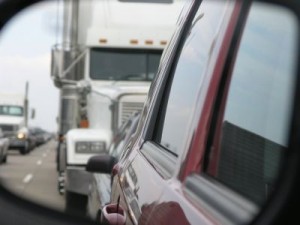 Drivers are reportedly avoiding new lanes on I-64 designed to relieve heavy traffic. Confusion over EZ-Passes, EZ-Flex Passes and tolls have only added to the already long commute. To drive in the Express Lanes in the mornings, motorists need an EZ-Flex Pass and at least one other passenger in the car. Those who already have Ez-Passes can trade theirs in for Flex versions.

Along with using the new lanes, motorists with the Flex Passes may use the reversible lanes and pay a toll to beat traffic. Tolls average about a dollar each direction, depending on the time of day. Even though these lanes were designed to keep traffic to a minimum, some say they’ve actually made the problem worse.

Some of the people hardest hit by the increased traffic are military personnel. As everyone heads to the base each morning, traffic picks up. The addition of the express lanes has made traffic move even more slowly. As more people get Flex Passes for their cars, the traffic patterns may change again. Until more time passes, however, it is hard to know how the new lane will impact the area.

VDOT officials say they are not worried about the increased traffic or the perceived success of the project. Given that the lanes just opened this January, they say there is still plenty of time for folks to figure out how to get the lanes to best work for them. Until then, however, locals will likely sit in more traffic than usual on I-64.