Chinese drywall is a devastating problem homeowners across the country are being forced to handle in this tough economic period. If your Virginia home is infested with toxic Chinese drywall, it may be critical to find highly qualified representation in Virginia to start an immediate investigation, so that you can make a recovery for your damaged home. Don't let your dream home become a permanent nightmare, contact an experienced Virginia law firm to handle your drywall case. The law offices of Richard J. Serpe, P.C. are representing hundreds of Virginia homeowners seeking compensation, and they can help you, too!

Frequent replacement of air conditioning systems or refrigerator components (such as air coils) may be a sign that your home is contaminated. DANGER: If you have experienced loss of "freon" or refrigerant from your a/c system, it may have leaked into your home from sulfur eaten pinholes in your equipment. 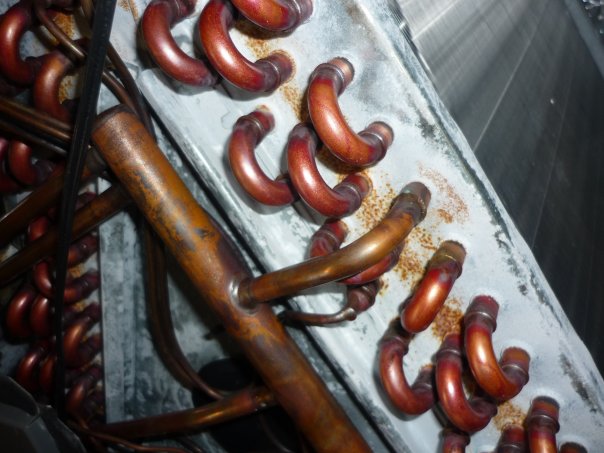 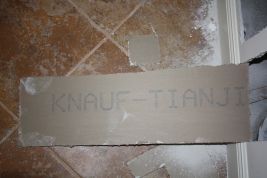 Our lawyers understand the need to conduct immediate legal investigation which includes:

How Did This Happen?

The defective drywall, also known as wallboard, gypsum board, or plasterboard, arrived at about 2 dozen ports around the country with 7 of them in Florida, but including New York, Texas, New Orleans, and California. During the housing boom after Hurricane Katrina, among other storms, from 2004 through 2006, the strain on the supply of domestic drywall required many builders to resort to international suppliers to fill the demand.

Many imported drywall from a German-based company, Knauf, with subsidiaries in China (such as Knauf Tianjin). Reports are showing that millions of pounds of Chinese drywall entered the US during this time frame and that is was used across the country in thousands of homes, condos, and office buildings. Most foreign manufacturers stopped shipping drywall to the US in 2007, after the building boom was over.

However, it has been discovered that another manufacturer, Taian Taishan (based in Taian, China), continued to ship large quantities of drywall to New York and Port Everglades into the summer of 2007. It appears that at least 550 million pounds of Chinese drywall have arrived at US ports since 2006. That is enough to construct 60,000 average-sized homes.

We understand that homeowners are faced with very tough economic problems. Our legal team works on a contingency fee basis. Unless we make a recovery for you, you will not owe us any attorney's fees. Call us today Toll Free 877-544-5323 for a free case review, and learn more about how an experienced lawyer can help you face this crisis.

Since the Consumer Product Safety Commission began receiving complaints from many homeowners across the United States they have continued to investigate these homes that have been tested and confirmed to have Chinese drywall.

Monthly updates on the progress the CPSC have made can be followed at www.CPSC.gov/info/drywall. "CPSC has received about 3,482 reports from residents in 37 states, the District of Columbia, and Puerto Rico who believe their health symptoms or the corrosion of certain metal components in their homes are related to the presence of drywall produced in China. State and local authorities have also received similar reports."

Elemental and chemical, chamber, in-home indoor air sampling, and electrical and fire safety tests are being conducted results are expected to be released starting late October 2009.

Homeowners across the country are worried about declining home value from the housing crisis. Homeowners with defective Chinese drywall have twice as much to worry about. Realtors across the country are lining up to make homeowners disclose on a mandatory basis any history of defective drywall contamination. The Chinese drywall lawyers on our legal team are fighting for our clients to protect them from this catastrophe.